Lizard Lighthouse is a landfall and coastal mark giving a guide to vessels in passage along the English Channel and warning of the hazardous waters off Lizard Point.

Many stories are told of the activities of wreckers around our coasts, most of which are grossly exaggerated, but small communities occasionally and sometimes officially benefited from the spoils of shipwrecks, and petitions for lighthouses were, in certain cases, rejected on the strength of local opinion; this was particularly true in the South West of England.

The distinctive twin towers of the Lizard Lighthouse mark the most southerly point of mainland Britain. The coastline is particularly hazardous, and from early times the need for a beacon was obvious. Sir John Killigrew, a philanthropic Cornishman, applied for a patent. Apparently, because it was thought that a light on Lizard Point would guide enemy vessels and pirates to a safe landing, the patent was granted with the proviso that the light should be extinguished at the approach of the enemy. Killigrew agreed to erect the lighthouse at his own expense, for a rent of “twenty nobles by the year”, for a term of thirty years. Although he was willing to build the tower, he was too poor to bear the cost of maintenance, and intended to fund the project by collecting from ships that passed the point any voluntary contributions that the owners might offer him.

In spite of the difficulty of recruiting local labour, the tower was finished by Christmas 1619, and proved a great benefit to mariners. However, the shipowners offered nothing for its upkeep, and the mounting costs of maintenance were bankrupting Killigrew. Thus, in the face of more opposition from Trinity House, James I set a fee of one halfpenny a ton on all vessels passing the light. This caused such an uproar from the shipowners that the patent was withdrawn, the light extinguished and the tower demolished.

Applications were made in ensuing years, but it was not until 1748 that Trinity House supported an attempt by Thomas Fonnereau to erect a lighthouse. The building was completed in 1751, and consisted of two towers, with a cottage built between them, in which an overlooker lay on a sort of couch, with a window on either side commanding a view of the lanterns. When the bellows-blowers relaxed their efforts and the fires dimmed, he would remind them of their duties by a blast from a cow horn. Trinity House assumed responsibility in 1771. The Lizard Lighthouse was automated in 1998

To holiday at one of the Lizard Lighthouse self catering cottages, here is some relevant information:-

NOW SOLD - To read about the earlier details about this house - converted from a former Engine Room within the original Lighthouse Complex at Strathy Point PLEASE CLICK ON THE PHOTO ABOVE. 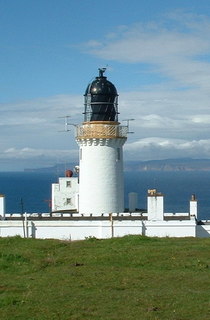